Take a deeper dive into mindfulness practises for a happier, more fulfilled life

The coupon code you entered is expired or invalid, but the course is still available!

The modern mindfulness revolution is absolutely fabulous, and gives many people the means to better understand and manage their stress and emotional health.

However, there are even more benefits to mindfulness that are ignored by the popular teachings and after an introductory course it can be difficult to find programmes that help you to find that deeper understanding. We don't need to become Buddhists or align with another tradition in order to get those benefits. We can take some of the philosophies and ideas that have been practised and proven over thousands of years by these systems, and teach them in a way that allows us to get a deeper understanding of ourselves and our relationship with the rest of the world, without a need to believe in reincarnation for example.

This course takes that deeper dive into mindfulness and meditation, over a ten week course. Each week contains a teaching video of around 20 minutes, as well as a 15 minute meditation to be practised daily.

It is designed to be accessible to beginners, although some of the ideas may not be graspable straight away, and the understanding will only really come with extended practise of the meditations. It has been created as a course to be repeated, with different ideas coming out when you are ready for that new understanding. 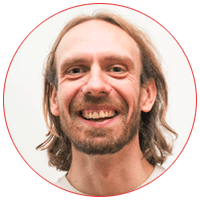 I have spent over 20 years exploring various forms of spiritual practice, initially as a means to deal with my own issues.including bouts of severe depression in my 20s.

This led to me qualifying as a Shiatsu Practitioner in 2007 after 3 years of training, and as a yoga teacher in 2009.

I led my first mindfulness course in 2011, and regularly teach introductory courses, as well as more specialised and advanced courses and workshops.

Throughout my journey I have always maintained a healthy scepticism, formulated in my scientific background at school, having studied Maths, Physics and Chemistry at A-Level.

I regularly attend 10 day Vipassana meditation retreats in the style of Goenke, and am greatly influenced by the works of Krishnamurti and Adyashanti; the work of psychotherapists G & K Hendricks, Robert Masters and Dr Peter Levine; and the integral theory of philosopher Ken Wilbur.

When does the course start and finish?
The course starts now and never ends! It is a completely self-paced online course - you decide when you start and when you finish.
How long do I have access to the course?
How does lifetime access sound? After enrolling, you have unlimited access to this course for as long as you like - across any and all devices you own.
What if I am unhappy with the course?
We would never want you to be unhappy! If you are unsatisfied with your purchase, contact us in the first 30 days and we will give you a full refund.
off original price!

The coupon code you entered is expired or invalid, but the course is still available!